ENVISIONING A HOPEFUL FUTURE FOR FAMILIES WITH MPS II Trey was welcomed into the world at BC Children and Women’s Hospital in Vancouver, BC, Canada, on March 1 of 2004. He was in seemingly good health, but as his 1st year passed, we experienced increasingly frequent visits to health care practitioners for various minor ailments and concerns. Then, in February of 2006, tests were ordered on Trey’s liver and spleen. So began an arduous series of appointments leading to the eventual diagnosis of MPS Type II – a rare and degenerative enzyme disorder also known as Hunter Syndrome (for more information, go to www.hunterpatients.com).

A Look Into Our World…. 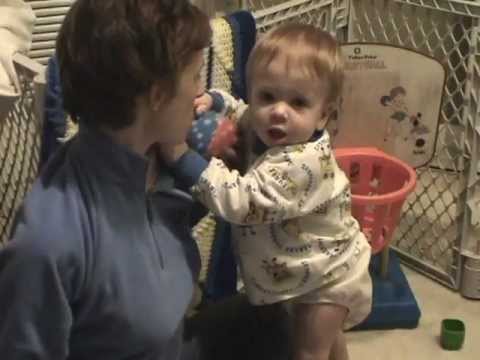 Learn more about Trey and his journey by visiting the About Trey page.

An enzyme replacement therapy (ERT) called IV Elaprase was approved by Health Canada on June 14, 2007 and a number of other countries in the world.  Fortunately, with fierce advocacy and the help of supportive health care practitioners, people within the BC Ministry of Health, and Shire Human Genetic Therapies, Trey began treatment on February 5, 2007.  IV Elaprase has helped Trey’s body tremendously, but it has not stopped the progression of disease in his brain. On August 19, 2011 Trey qualified for a trial that puts Elaprase into the brain, with the hopes of halting and possibly reversing central nervous system (CNS) damage, called IT Elaprase. Trey received his first dose on October 18, 2011. We believe that through nutrition, IV & IT Elaprase, and alternative forms of medicine, Trey will live a long, happy, and fulfilled life.

There are other children living with MPS II who have not been as fortuitous. Unfortunately, although IV Elaprase is approved for use in Canada, due to Canada’s lack of an Orphan Drug Policy, this drug is not yet available for many Canadians affected by Hunter Syndrome (for more information, go to www.raredisorders.ca). Trey is also one of only 16 boys with MPS II who will qualify for Phase I/II of the IT Elaprase trial.

ERT (both IV & IT Elaprase) is a treatment that addresses many of the symptoms of MPS, but it is not a cure, nor is it 100% effective.  The MPS II Fund is in place to conduct fundraising, raise awareness, and support research in the hopes that we will find a cure so that families and children with MPS will not be limited by this difference.